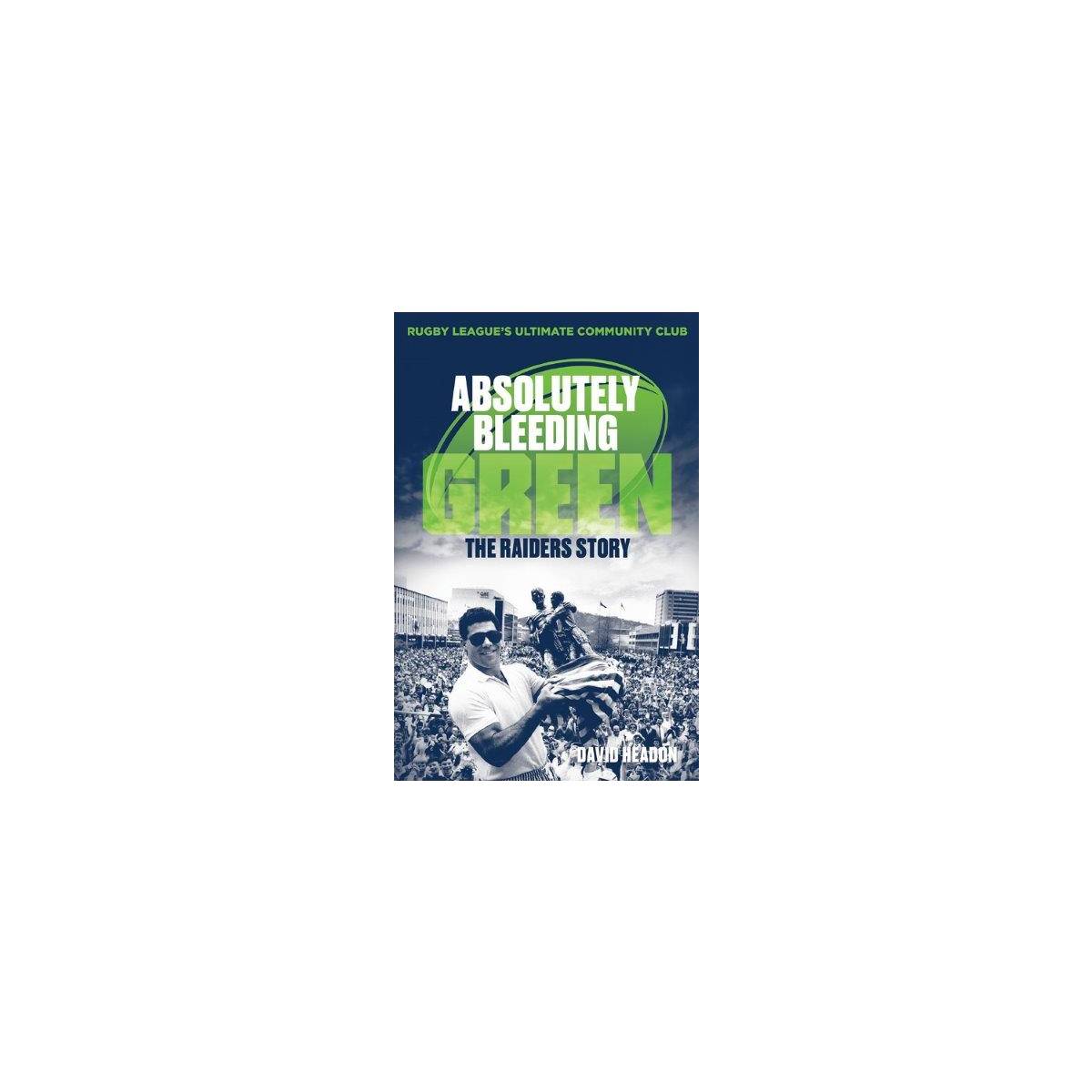 The Canberra Raiders football team catapulted back to national prominence this year when they made it to the NRL grand final. Absolutely Bleeding Green recounts the history of this plucky club, from the early days of community games to its leading position today...

2019 is not the first time the Canberra Raiders has hit the headlines. Their spectacular grand final win against the Balmain Tigers in 1989 is widely regarded as Australian Rugby League's greatest ever decider. For a fledgling club this was an extraordinary and unexpected achievement, heralding a sequence of years that produced two more premierships and two near misses. The Raiders' trademark adventurous style of play was welcomed by all lovers of the game. Attacking football was back in vogue.

David Headon tells the story of a unique football team that entered the Sydney competition in 1982 with little fanfare and plenty of pessimism, despite the fact that league had been an integral part of communities across the Limestone Plains for nearly a century. From this firm base, the Raiders emerged to make their mark.

Absolutely Bleeding Green recounts the big wins and heart-wrenching losses as it follows the players through their Raider careers, revealing how the club was able to build exceptional team spirit, even in difficult times. It includes interviews with players past and present, with coaches and administrators, as well as with families and supporters who are so proud of the distinctive lime green jersey.