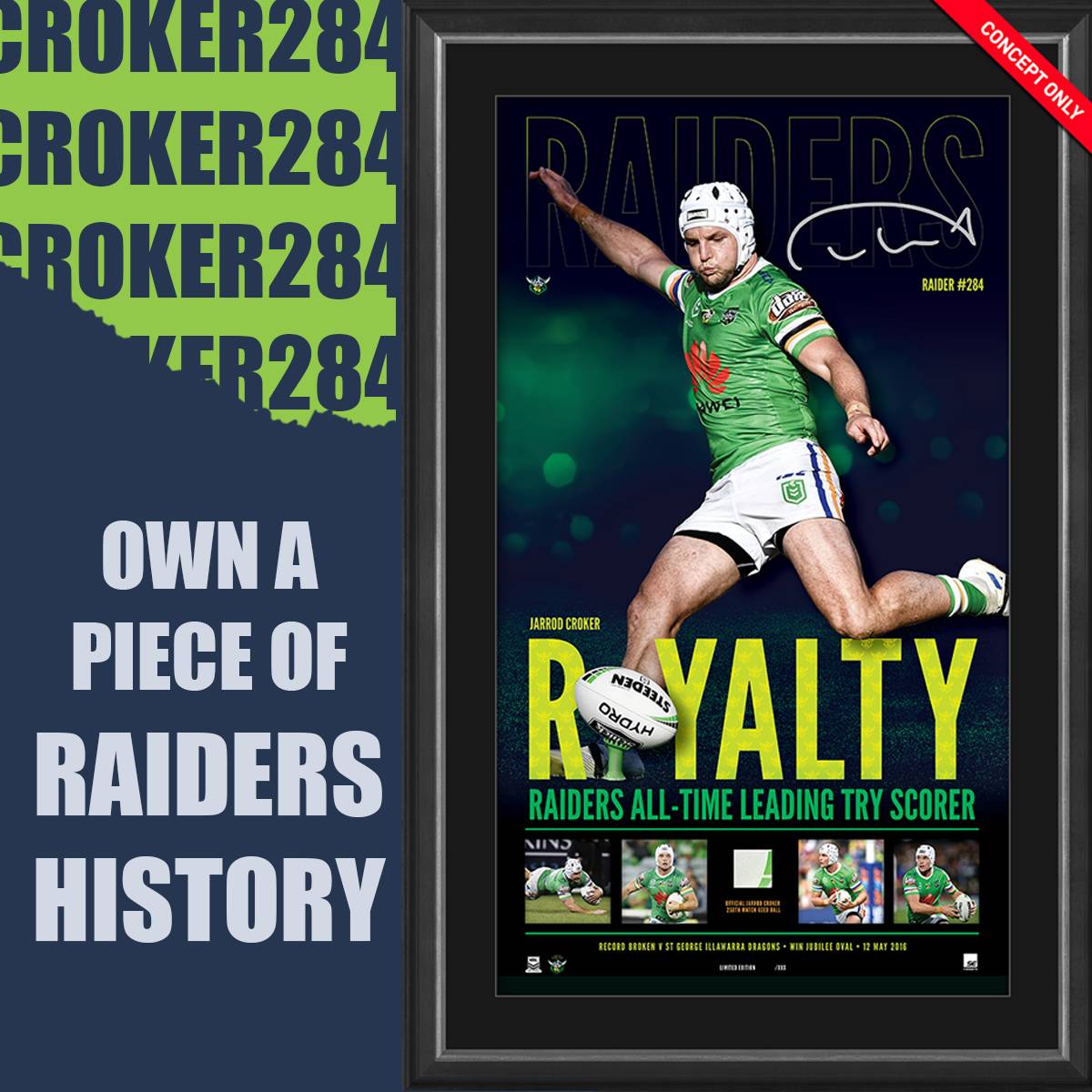 • Each edition comes personally signed by the Raiders’ captain in silver paint pen, directly onto the print

• Your edition includes a piece of match-used ball from Croker’s record-breaking game, against St George Illawarra in July 2019, integrated into the display

• Accompanied by an individually numbered Certificate of Authenticity

• Presented in a deluxe timber frame, made from high-quality timber sourced from FSC-accredited suppliers

• Manufactured under license by SE Products